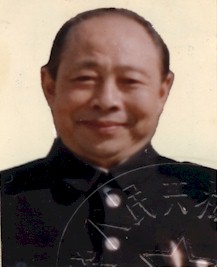 Mr. Yu’s outstanding achievements for the past decades are well known in China to the fields of business enterprises, engineering technologies, and academic theories and even to the core central political leaders, such as Zhiang, Tse-Ming; Li, Pong; Zhu, Rong-Zhi.

In 1932, he was born in a farm along the coast of Jiao-Tung peninsula in China. At the age of 3, he lost his mother and at 10, he lost his father and became an orphan. In 1945, 8th Road army adopted him. When he was 18, after years of war and learning, he became the youngest battalion leader in the 50s . In 1956, he graduated from university and became the head of the factory in an agriculture machinery manufacturer. Through his creative 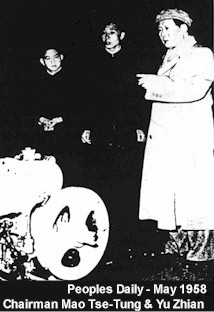 methodology, he had developed the first hand-carry-plowing machine in China, for which he received praise from Chairman Mao (exhibit-from Peoples Daily News). Such plowing machine with variable of usage immediately spread throughout the farming lands in the whole China, which has tens of million units in operation. That had a great contribution to China’s agriculture .

After being condemned and fixed up for his opposing to Widespread Steel Plants, Mr. Yu was admitted to Department of Philosophy, University of Wu-Han to study for five years. Upon graduation in 1964 he went back to the original factory that about to bankrupt to serve as the head of the factory, where he continued his business development by his creative inventions. Under the plight of no capital injection he had designed and manufactured over 170 specialized machine tools, 5 production lines and over 1,000 sets of technical equipment and launched a nationally striking diesel engine manufacturing factory with an annual production ability of ten thousand units. Prime Minister Chou praised him, “the role model of self-reliance” He was bestowed to be one of the National Six Largest Guideposts listed next by Wang, Gin-Sih, the “Da-Ching Iron Man” . 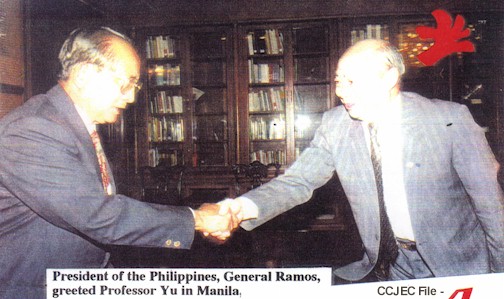 On 8/12 1994 , President of the Philippines, General Ramos greeted Professor Yu, President of CCJEC, at the Presidential office discussed joint ventures and the "Bin-Jia" power plant project that conducted by CCJEC for Philippines.  Commerce/Trade Counselors from 33 countries worldwide visited CJEC. Among acquaintances  with many global major corporation executives, Professor Yu made friends with quite a few presidents from USA Fortune 100 companies and received special visit by Ms. Hazel O'Leary, US Secretary of Department of Energy, in BeiJing, 1995. 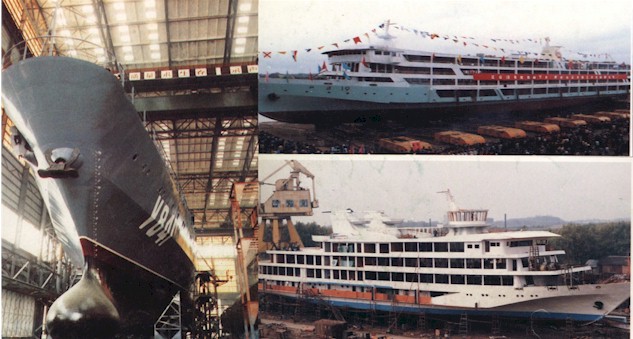 ACJEC (American Chang Jiang Energy Company) green power system, an advanced green power system that meets all environmental expectations, A SYSTEM THAT TURNS WASTES INTO RESOURCES AND SAVE OUR WORLD , The multi-functional green power system: The system is capable of not only decomposing waste tires and community trash, treating trashed computers, but also clean up polluted soil, treating industrial oil putty, recovering copper and aluminum from waste cables, etc. To be used for different functions, the system only needs to change its materials feeding device and some accessories.

ACJEC's Green Power System  is an environmental technology that treats waste auto tires and community trash and turning them into reusable resources. The green power system is a global renovation which can, without producing secondary pollution, efficiently categorize the community trash and turn them into fuels (electricity), and recover devulcanized rubber and steel bands from waste tires by use of the advanced pyrolysis process.

For example of  waste tires: All other available pyrolysis systems in the world need first to shred tires into pieces to recover fuels, carbon black and steel bands. ACJEC’s green power system, however, can intake whole tire for process, separate the bead wires from the waste tires and directly produce reinforced rubber with multi-purpose uses and high economic value. In addition, the tire shredding process is totally eliminated.

Other  major technology, products and services (such as : soft harness of water, lake, river, . .etc)   are available upon inquiry. 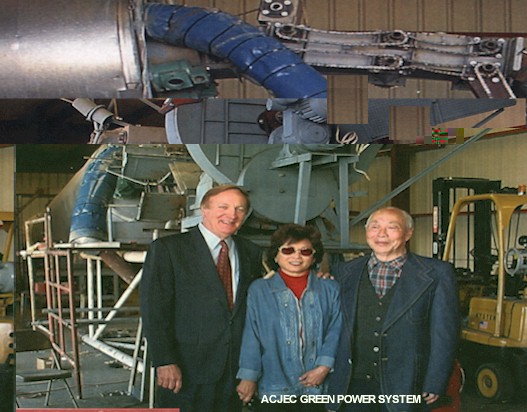